Why do you feel dizzy with glasses？

Why do you feel dizzy with glasses？

There are many reasons for dizziness when wearing glasses:

One, the optometry is not comprehensive. I feel uncomfortable after wearing the new glasses. Such as dizziness, nausea, headache, vomiting and other symptoms, this should be noted, it may be caused by unqualified or inaccurate optometry. Generally, simple computer optometry cannot accurately reflect the degree of glasses of myopia patients. It is recommended that friends go to a regular eye hospital or optical shop for optometry when they are fitted with glasses. Two: Not suitable for the replacement of old and new glasses. Although I took an optometry before getting glasses, the feeling of dizziness after wearing the glasses may be due to the initial unsuitability. The old glasses have been deformed after long-term use, and the temples may not be in the same plane. The optical center area of the mirror will be different from the pupil distance measured by the glasses at that time. The eyes gradually adapt to this deviation. When changing to the normal pupil distance Naturally feel uncomfortable.

Three: In addition, if spectacle lenses are worn for a long time during use, the sharpness of the lenses will naturally be affected. Even if the degree of the new spectacles is the same as that of the old spectacles, the new spectacles will feel brighter, and the two phases will be compared. Symptoms of discomfort, of course, this kind of discomfort will usually gradually adapt in about a week, and the symptoms of dizziness will gradually alleviate. 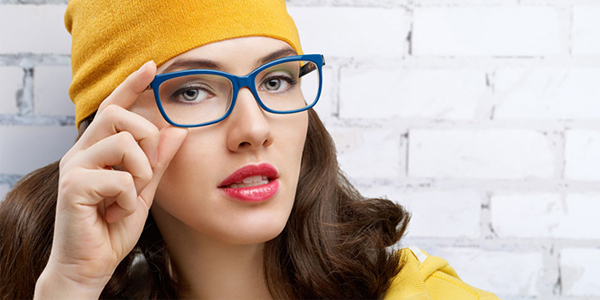 Four: The patient may not be able to adapt to higher powers at the first time, so it is best to allocate them in stages, but at the end, they must be equipped with sufficient powers. Do not arbitrarily lower the powers of the glasses.